Boris Ivanov (transferred out)
Ethan Stanley (returned to India)
Rachel Stanley
Tirawit Kokin (transferred out)
Is the central setting of History's Strongest Disciple Kenichi. It is a typical Japanese high school, divided into three grades and many classrooms per grade. It has a gymnasium club, outdoor volleyball courts, a physics rooms, several class rooms, a storage room, and a rooftop area that has been closed down since Kenichi and Takeda had their fight up there.

Kōryō High's basketball team had the notorious reputation of not winning a single game, until Apachai temporarily joined the team as a "transfer student" and helped them win their very first game.

Its physics classroom mainly serves as one of the afterschool bases of the Shinpaku Alliance, and was at one time turned by Niijima into a training ground for the non-fighters of the Alliance.

Stated by Rachel, that one day, the Kōryō High School will have its name written in history books as the place with a lot of different powers. 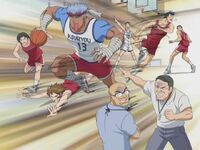 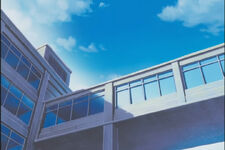 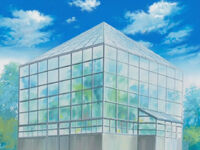