Ryōzanpaku/Gallery
The Ryōzanpaku Dojo is home to elite fighters who specialize in different styles of martial arts. The dojo is famous for its powerful members and is frequently challenged by other dojos and single fighters. So often in fact, that they charge its challengers and have a waiting list. Despite this, the dojo lacks money; during the YOMI Arc, it goes into bankruptcy.

Although they are all immeasurably powerful, the masters of Ryōzanpaku are also very eccentric and prone to immature behavior. They have trouble interacting with normal people, mainly because they unconsciously release massive amounts of ki, which sometimes makes the people they encounter feel nauseated. They are lazy procrastinators – only Ma and Kōetsuji are shown to bring in any steady income. Shio additionally, receives large sums of money for the occasional bodyguard missions on behalf of the Police. Apachai and Shigure have childish tendencies; whether or not they bring in any additional income is yet to be seen.

The dojo is famous for its powerful members and is often challenged by other dojos or single fighters. This forces Ryōzanpaku to charge its challengers and keep a waiting list, causing Kenichi to call them "dojo hunters" despite evidence of the contrary. The masters, after pummeling their challengers, generally cart them over to either Akisame's bone clinic or Kensei's acupuncture center to fix their injuries while charging them further.

Even though it charges, the dojo still lacks money. One cause for this is that the establishment refuses to take on profitable yet unscrupulous undertakings for ethical and moral reasons, Setting them apart from the shady but very affluent and influential Yami. To compensate for this, the members of the dojo often use their creativity in several things, including using an uncharted island for vacation and building their own boat and cottage.

During the Yomi And Yami arc, Ryōzanpaku goes bankrupt. Akisame and Kensei are unable to produce enough money through their respective clinics, so the dojo's masters take little children as paid students for a few weeks for extra money. This notably produces very good results, as the dojo's masters teach only techniques to the children and even receive letters detailing their good results (such as one child no longer being bullied and another one whose asthma was cured).

Because of the brutality of the masters' training regime, Kenichi periodically makes an escape attempt in a bid for freedom. In the off chance that he succeeds, he usually returns on his own free will and the masters never bother to chase after him (largely because they know where he lives and can just force him to come back anytime they wanted to).

Despite being immeasurably powerful, the masters of Ryōzanpaku are very odd and eccentric. They are all prone to immature behavior and have trouble interacting with normal people due to the fact that they unconsciously release massive amounts of ki. Such is seen when Akisame and Sakaki demonstrate battle strategies to Kenichi on separate occasions, in which they state one thing, but demonstrate exactly the opposite and still achieve the same result regardless (Akisame said not to face a larger enemy head on but was able to hold him off with brute strength by using his toes to grapple onto the lid of a manhole directly beneath him and Sakaki said not to reveal an injury to the enemy while explicitly pointing at that injury.) Many are shown to be lazy procrastinators as only Kōetsuji and Ma are shown to bring in any steady income, but those two are rarely seen doing anything when they are not training Kenichi. Sakaki is occasionally sought out as a bodyguard, though despite the large sum of money he receives, it is quickly drained when he gambles it away at horse races.

They are apparently very poor at keeping secrets, shown when they attempt to convince Kenichi to stay at the Dojo full time by acting nicer to him when training which only succeeds in making him suspicious and later when they try to trick him into leaving the dojo by acting like they don't want to train him anymore because he has no talent, Kenichi easily deduces that they were trying to keep him safe from Yami. A recurring gag among the masters at the dojo is that whenever they become spirited or motivated, their eyes seem to glow and emit light (this is particularly noticeable among Hayato, Apachai and Akisame).

A taboo issue at the dojo is the ongoing rivalry of all the masters at the dojo to see who is the strongest fighter. When Honoka asked this question, all five of them immediately get fired up and argue with each other as each one believes they are the strongest and quickly resort to blows. It is only when Hayato asks if he could join the argument that they calm down and compete in non-combative fields that have almost nothing to do with their respective martial arts. Later, according to Miu, the masters got into that argument on a fairly regular basis and is usually broken up by Hayato before things escalate. As a result, the most the masters can compete in who is the strongest martial artist is simply boasting about their fighting achievements in the past. All of the members who have mastered their Style have the level of a Grand Master and Disciples are High Class Disciple.

The Masters believe that Kenichi will become a Master in Ten Years. 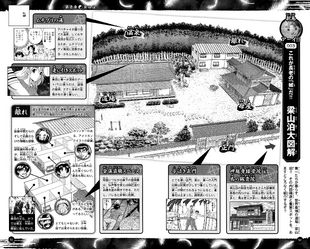 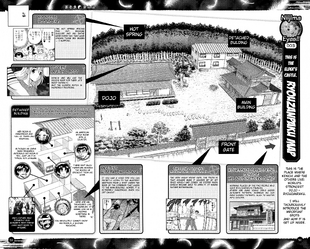